What are voice ranges?

Every human singing voice can be classified by range as well as tessitura, or the range in which you feel comfortable. At your first singing lessons in Melbourne, your vocal coach will listen to you sing without instruments to determine the range of notes you can sing. If you are female, your voice may be characterised as soprano, mezzo-soprano, or contralto. Male voices are divided into categories countertenor, tenor, baritone, or bass. In female ranges, sopranos sing the highest notes. For men, the highest singers are called tenors.

What are characteristics of a singing voice?

Each singing voice comprises a number of characteristics that work together to form a unique sound.

How many types of soprano singers are there?

Female singers who sing from B3 to C6 are classified as sopranos. All sopranos sing higher notes than alto and contralto singers, but not all sopranos are the same. Vocal agility, vocal weight, voice quality, and timbre all have an effect on the soprano voice. Females whose voices soar above F6 are typically referred to as coloratura sopranos. Mezzo-soprano voices are the second-highest female voices and comprise the middle register of the female singing range.

The soubrette soprano is considered a sub-voice to the soprano. Light, bright, and playful soubrette soprano voices tend to be a fraction lower than other sopranos, but not as low as contralto or alto female voices.

Can singing lessons in Melbourne give me the voice range of my favourite singer?

Vocal lessons may help you extend your highs and lows, but they probably won't give an alto the ability to sing whistle-high notes like Mariah Carey. Here are the vocal ranges of some of the most respected singers in the world:

Beyonce typically sings between A2 and E6. Hear her hit the E6 in “Happy Face” and listen for a much lower A2 when she sings “Party.”

Elton John sings in a range between E2 and D6. Listen for Elton's voice to hit D6 in “Social Disease,” and listen for the E2 in “Mona Lisas and Mad Hatters.”

Aerosmith's Steven Tyler sings in the D2 to E6 range. Tyler's tones reach down to D2 in “Saint John” and soar to E6 in “Crazy.”

When you are ready to know more about your own vocal range, or if you'd like to arrange singing lessons in Melbourne, please call Melbourne Voiceworks at 0425 407 859

Interested in Improving Your Singing? Book a Lesson Today! 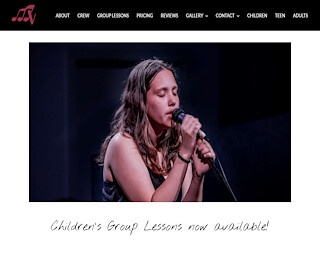